Anything else you're trying to do in your life, you have to put it on hold. 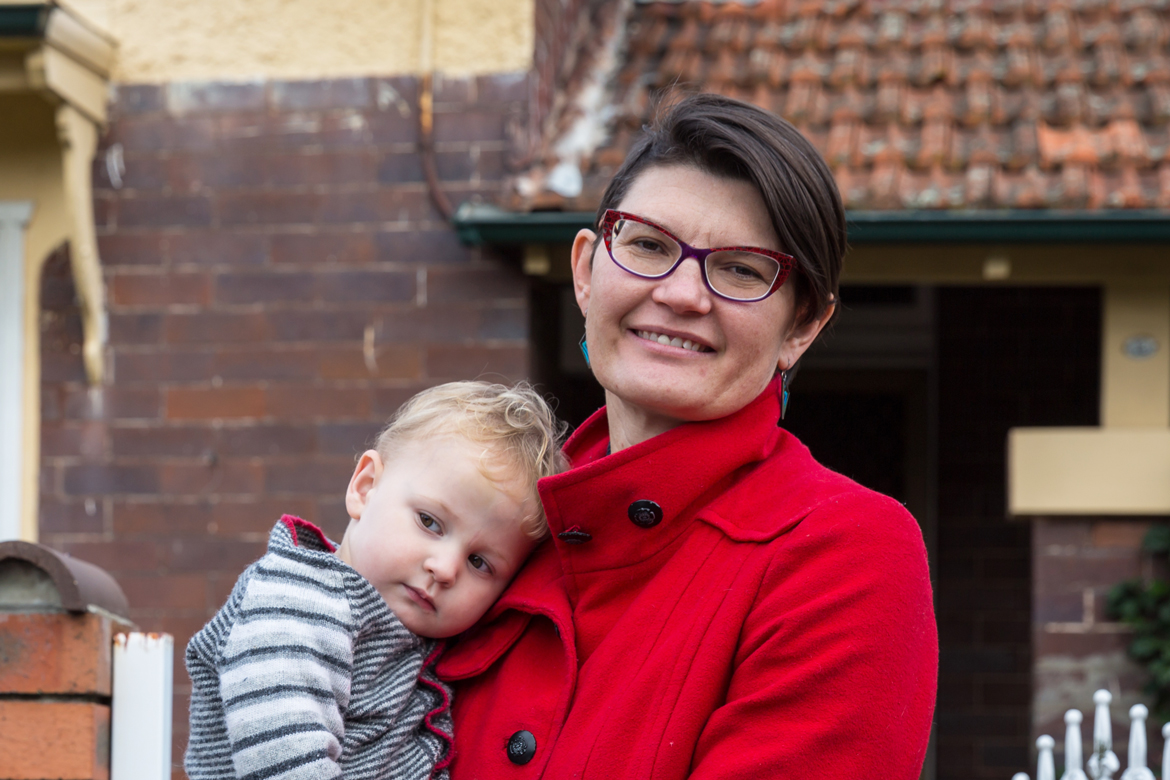 When Penny received a $100 rent increase notice in the middle of the year last year she thought this seemed excessive. She tried to negotiate with the landlord. In response she received an email telling her she was being evicted: "we feel that the tenancy has reached the end of its life".

When she was evicted Penny had been living in her Marrickville home for 5 years – with her partner Warren and, more recently, their 7 month old baby Benji.

After receiving the rent increase notice, Penny emailed her real estate agent to discuss it. She asked that some repairs get done and questioned why they were going to stop mowing the lawn – something that had been part of the agreement since they first moved in. She wasn’t expecting to get kicked out.

Penny sought legal advice from her local Tenant Advice and Advocacy Service and considered taking the landlord to the Tribunal for a ‘retaliatory eviction’. A renter can apply to the Tribunal if they think they are being evicted because they have asserted a right (like asking for repairs). But unfortunately the section of the Act (section 115) that allows this is notoriously weak in practice and very hard to prove (of all the reported decisions at the Tribunal about this all but one has been decided in favour of the landlord).

Penny decided to go ahead and apply to the Tribunal to try to save her tenancy and her home. However when she submitted her application to the Tribunal to challenge the eviction she got another email from her real estate agent. He warned that Tribunal hearings are long and drawn out and the landlords had “ample evidence” they would be moving into the house because they were in the process of demolishing their own home. Penny knew that even if she was successful at Tribunal this time, her landlord could wait a month or two and simply give her another eviction notice again. At that point Penny decided it wasn’t worth fighting anymore – she moved out.

Benji was about 7 – 8 months, and was just starting to crawl and getting around the place.  But instead of going to playgroups and the park and exploring the world we were frantically trying to pack, talking to tenancy advocates, working out whether or not to go to Tribunal.

Anything else you’re trying to do in your life – you just have to put it on hold.  Everything else stops while you try to work out where you will be living. It really feels like you can’t do anything until you have some security around knowing where your base is.

Within 2 weeks of her moving out, her landlord had put up the house for rent and found new tenants. The landlord had never moved in to the house, and likely never planned to.

I’ve always rented. The prospect of owning a house has never been something that was realistic or achievable for me.  So I suppose I’ve always just been good at making a home where I am. But what I learnt from this experience - and it’s really frustrating – is that the protection just isn’t there to make that possible.

Until it happened to me I just don’t think I was aware – or didn’t believe – that I could get chucked out for something like this. It made it really clear that investing and profit from an investment property is valued far ahead of the humans who live in the houses.

Read more about Penny's story in the Sydney Morning Herald.